1. I have a tiny little mole on my right breast. ( I have no idea why this was the first thing that came to my mind!)

2. I can sleep for over 72 hours at a stretch ( I only need to pee once every 24 hours and a bottle of water next to me)

4. I detest Starbucks, Costa Coffee and all these super-commercial, super-trendy franchises. I prefer street food. Oh. Oh. Oh and I don’t like I-phones

5. I spend all my money on books, food, lingerie and alcohol. I don’t buy clothes or go to movies like normal people 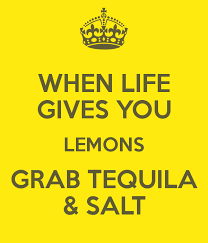 8. I can finish a bottle of Whiskey in one hour fifteen minutes and not puke. I’ll just go to sleep.

9. I want to fly a plane, drive a train, own a harley davidson, drive a metro, an auto and a truck

10. I really really want to meet Eddie Vedder and touch his face. Like touch it, repeatedly. And run my fingers through his hair.

11.  I can not lie. I used to, once upon a time I used to lie even when I didn’t have to but not anymore. I can’t. And even When I lie it’s written all over my face that I am lying.

12. I like Literotica but have never read mills and boons or 50 shades of grey

15.  I really want to have sex on the kitchen slab. Really.

16.  I have a terrible sense of humour and  I crack really lame jokes but it doesn’t stop me.

17. I really want to be good at math. I feel the day I understand calculus is the day I’ll solve all the mysteries of the universe. Which I know is really stupid, but hey!  A girl can dream. 19.  I’m hypocritical when it comes to smoking

20. I love the chase. I LOVE THE THRILL OF THE CHASE and yes I can admit it. The real-deal is something that I’ve never experienced, and mostly when that stage arrives I’m already bored and feel trapped and hence, I bail.

21.  I love music. Like everyone, I love music. I love music. I listen to classic rock, post rock, progressive rock, country, jazz, pop, trashy pop, cheap D-grade hindi songs and everything in between. I’m the kind of person who would shuffle through my playlist and play a song while I’m face-to-face fighting with someone, because I feel every situation needs a background score, and I try my level best to achieve that. Music like chilly improves everything. Be it sex or a fight (it’s the same thing in some cases!) If you have any music suggestions pleeeease drop in a comment.

22. I sleep with my underwear on which is weird apparently.

23. I can not make out or have sex or sit in a room without music. Wait, I think I’ve already mentioned this. eh. Sorry.

24. I rebel against almost everything. More often than not it’s unintentional, It’s very hard for me to come to terms with anything and I end up questioning almost everything a little too much which can be a bit of a problem. sometimes. okay, It’s almost ALWAYS a problem.

25. I HATE COLLEGE. Most college going students LOVE college or sometimes the idea of it, I absofuckinglutely loathe the very concept of college and let’s not talk about how horrid I think that place is. Pretentious people who can only talk about these “so-called-intellectual” things, They are such pseudo-everythings. Christ.

27. You know what do I love to eat? Nails. Fingernails. I’ve not used a nail cutter to cut my fingernails in over ten years. Yep. Disgusting. I know. I grow them and then eat them. Nails. Yumm.

28. I am super-possessive about my friends and family, LIKE SUPERRRR possessive. And protective. Also, I love taking care of people and worry a little too much when someone is sick or injured.
29. i like washing utensils and clothes but can’t keep my cupboard organised or my room clean

..unfortunately or rather fortunately for me, I needn’t go any further than my best buddy, my comforter, my partner in crime- Alcohol.

I drink, Yes. I do. I drink to get drunk and then to pass out. Alcohol is the best invention since the wheel. The warm nights are made cool and the cold ones – warm and comforting. Boring days can be made memorable and as we all know the hazy nights are the best. You might not remember what you said/ did but they make amazing stories and you in a weird, diabolic way are actually proud of all the wrong, embarrassing things you do. At least I am, more often than not. Alcohol like Marijuana is something people are okay with, the hard drugs are a scary prospect but it’s almost as though the expect you to get drunk and puke once and experiment with recreational drugs in the dead of the night at the front porch.

I’m eighteen and I drink. I drink 1 or 2 or 3 or 4 or 5 nights a week, I drink a little and I drink a lot. Alcohol makes me happier than most people I know, I am a better more refined version of myself when drunk. I’m confident, whore-like, happy, impulsive and I can still lie to your face without batting an eyelid. Shots aren’t really my thing, I like my whiskey with water and Ice, and I firmly believe in enjoying the first drink. The first sip when the elixir of life spreads on your tongue, down the pipe and you can feel it move and the light shudder and the mental satisfaction that you have an entire bottle to go before the crack of the dawn is incomparable to anything in the world. The wonderful, rich hue of the liquor when the light falls on it at the dead of the nights and the gleam in my eye together would make us look like two lovers, ready to consummate the relationship.

Drinking alone can be the most reflective and amazing experience or the complete opposite. People oft. feel lonely when they drink alone, I on the other hand revel on the very idea of drinking alone. The silence, the breeze in the hair, the warm of my body against the cool, cold surface with the bottle in my hair and the shivers down the spine when you touch the ice. The splash of the water, when it hits the glass. The feeling of peace, of escape, With that stick of nicotine between your fingers. The feeling that nothing or no one can take away this little joy from your life, because it’s yours and yours alone. It’s yours to share or save, it’s yours to drink or mix. The feeling of power when you realise that you are killing something, that’s so very integral to you and that you can stop the act of razing it’s existence or continue with it.

Somewhere  halfway through the third drink when the first drink starts hitting slowly, the stars begin to multiply. At that point I generally detest human company, I’d rather be alone while I get drunk, once drunk it’s a different ball game. So the drink begins to hit, the body feels warm and singular against the light breeze of the starry night, While the diamonds in the sky begin to multiply and tips of your finger feel cool against your skin, you wrap your hands against the crystal (or plastic/steel et cetra) and gulp down the little that was left and wait. For for the fireworks in slow motion, wait for the moment which is the line of control to come closer and while you wait you begin preparing the fourth drink. The drink that will give you the power to be whosoever you and whatever you ever wanted to do while you put the blame on your partner in crime.

.. And things begin to get slurred, and thoughts seem obscure. Words that upset you hours ago are as immaterial and the empty bottle of whiskey lying in the corner, it’ll only be used to destroy something else later in the night when you are to drunk to comprehend your own thoughts. You laugh and pour another drink and another, it tastes sweet now like honey lime water or a fizzy drink. The mahogany flavor is wasted on your wasted tongue, but you go on apologizing to the genius who created the blend in your hand and pour another and guzzle it down in sheer disrespect.

You forget things, things you wanted to remember and the tiniest bits of the siliest of conversations will come to your mind. You’ll laugh at your own jokes and call someone up and talk to them. you won’t be scared of how the world will think of you because right now, you matter. you and you alone. You’ll be honest, brutally so. You’ll be happy, or sad. You won’t be anything in the middle you won’t be ordinary. You ‘ll be clark kent or the Joker you’ll be a papaya or a cherry, you’ll pass out or whore your night away, you’ll laugh your guts out or cry our lungs out, you might drunk dial or sexy dance, you’ll be Adam and eve and everything in between but nothing ordinary… And I promise it’ll make a good story.

Then you wake up at 4 AM craving water, which then tastes like the most delicious thing ever created. Which to be honest it actually is. So you drink some water, and some more and go back to your delicious slumber

The first step is admitting the problem so here I am, I consume alcohol like it’s my birthright but i don’t think i abuse it. The lines behind use and abuse are so fluid that till you are actually in the pits, it doesn’t hit you how serious the situation is. I do not have a substance abuse problem, for now. I do get used to things which may lead to full blown addiction I know that, but I love alcohol and how It makes me feel. It makes me feel invisible and invincible and everything in between. It solves problems by giving me bigger problems to worry about, it makes me happier than most people and it’s embedded so deeply in me that it’s impossible to filter it out. I don’t know what will happen 20 years down the lane, whether i’ll be snorting cocaine in a dingy alley, or be drinking wine in a cafe in France or Just be a happy stay a home mom sneaking whiskey during football practices but I know that this relationship is for life and though in the bargain i might damage my liver, but it does save me a lot of heart ache.

Starshine on a starless night, Rain on a sunny afternoon. The rantings of an ambivalent teenager.

Of Art, Photography, Literature and Such

trying to take my mask off virtually

the art of the unseen and that.

The life of a travelling poet

this is my brain on poetry

A poetry collection by Elise Addlem

A love story inspired by Hafiz, Neruda, Shakespeare and Wilde.

The poetry and shorts of Nikki Hassall

Smile! You’re at the best WordPress.com site ever

literature in it's purest form.